I thought pigs had trotters, not turkeys?!? 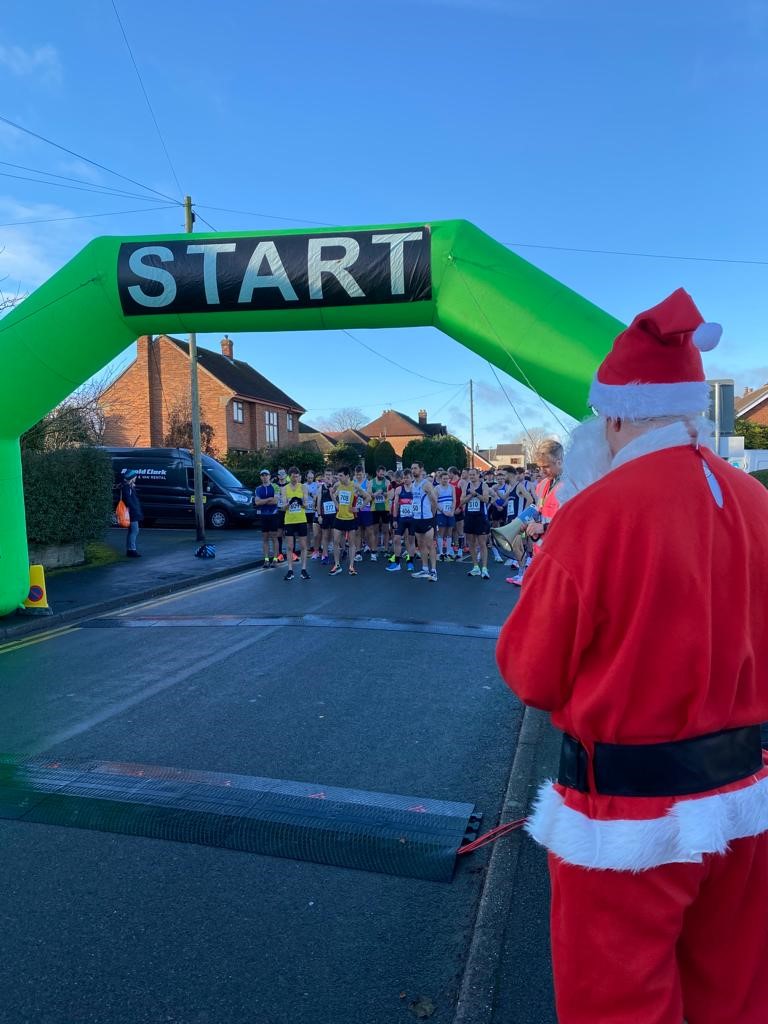 I thought pigs had trotters, not turkeys?!?

What the blinking heck am I on about?!

The Turkey Trot, that’s what!

It’s a local village event, a half marathon organised by the Scouts, that takes place annually in Keyworth, Nottinghamshire. It took place this past weekend.

By rights, those who run this race ought to be known as ‘Turkey Trotters’ – but turkeys don’t have trotters!  Hey ho, I am really not going to sweat the small stuff on this one, but it did amuse me when I started to think about it.

I didn’t take part in the event.  In fact, I haven’t ever taken part as I know how brutal some of the hills are on the course, having cycled up them on a road bike.

However, this year, my partner Gareth and I made sure we were there at the start to cheer on all those running.

Once they had embarked upon their 13.1-mile course, we took off on a 6.5-mile trail run of our own (the Turkey Trot is all road running or ‘tarmac slapping’ as Rob Beer, my trainer, refers to it – one of his many amusing phrases!) which took us to the three-quarter point in the race where we saw the runner in pole position come through and then, several minutes later, those on his tail followed by the rest of the pack.  And we of course cheered them all on!

I think Gareth had run envy.  He does like to get out and run long distances, but he felt that he hadn’t put in enough long distance running to sign up for this one this year.  I rather think he’ll be doing it next year though.

Having offered our support to a good number of runners, and as we were starting to get chilly ourselves, we resumed our own run. 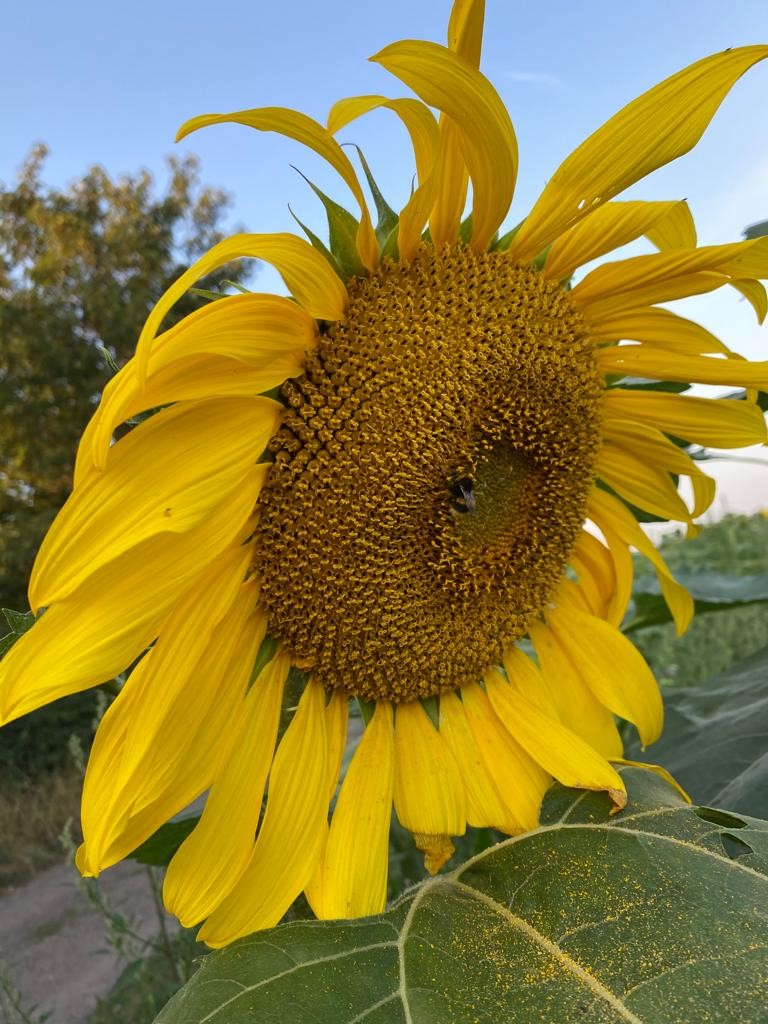 We then reached a point where, back in the summer, we had been greeted by a stunning crop of sunflowers, their radiant yellow petals shining brightly in the sun’s rays, standing tall and resplendent against the blue summer sky.

Only now, of course, that season is over, and we found the very same sunflowers decaying against the atmospheric late autumn sky.  Striking in their architecture and such a powerful symbol reflecting the cycle of life, the seasons and nature in full flow.

The birds had had their fill – every sunflower seed eaten.

Now, those once-radiant flower heads are breaking down and changing their structure, becoming nutrients in the soil, ready to feed the growth of another field of sunflowers in the spring. 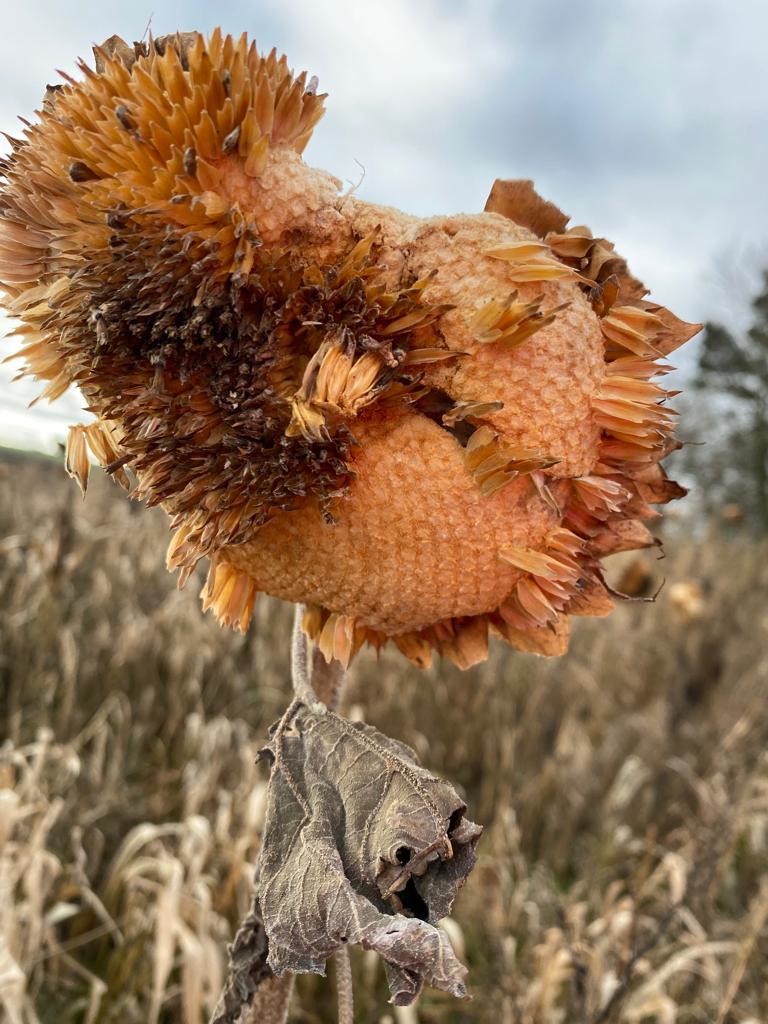 Plants know when to stop.

They embrace the seasons.

They don’t pretend to be anything that they’re not either.

They are true to themselves.

As we head towards the shortest day and the onset of winter here in Blighty, I feel like following suit and resting after a crazy summer. Taking time to reboot and store up energy ready to spring into action again in 2022.

I certainly feel ready for a lovely rest, taking time to reflect on the year and make strategic plans for the year to come.

To spend less time doing and more time being.

We are all in control of our own behaviour, the responsibilities are ours, and ours alone.

Are you still in full fettle or have you decided to take your foot off the gas somewhat and go with the natural flow of life too?

How much do you feel like taking a rest over the winter months?

I would love to hear your thoughts around resting and recharging in alignment with nature.  Please do get in touch and share your musings.

So much to think about and so much to reflect upon.  I will be sharing some of it in a ‘reflective’ blog post for 2022.  For now, though, I have discovered the following: 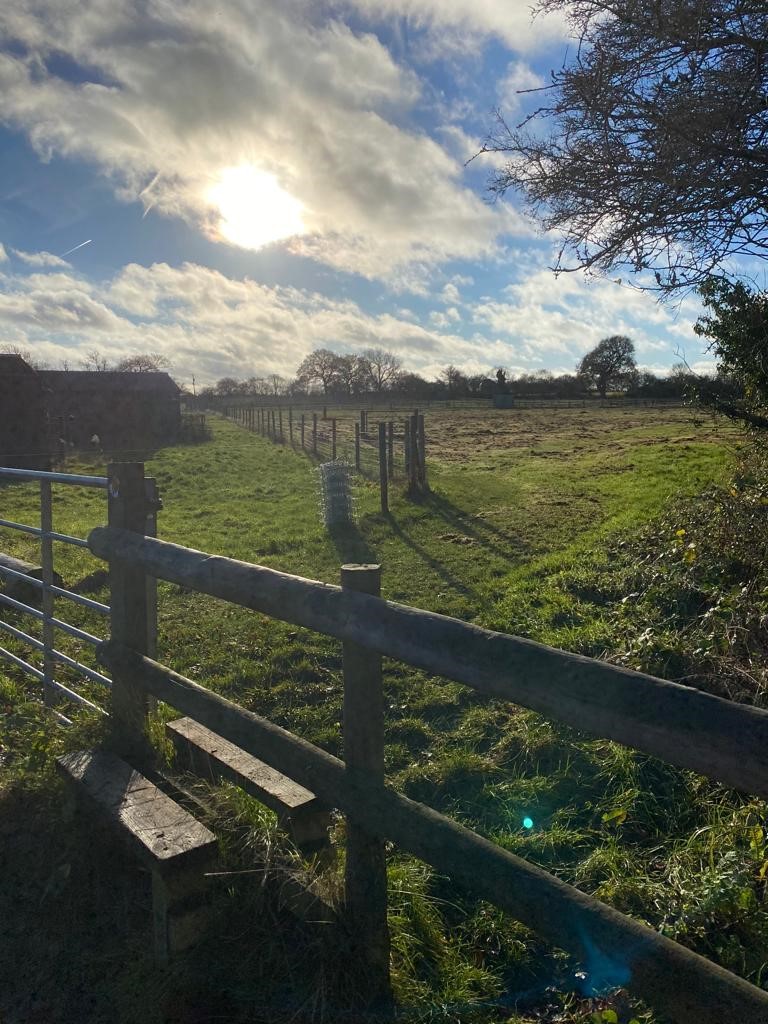