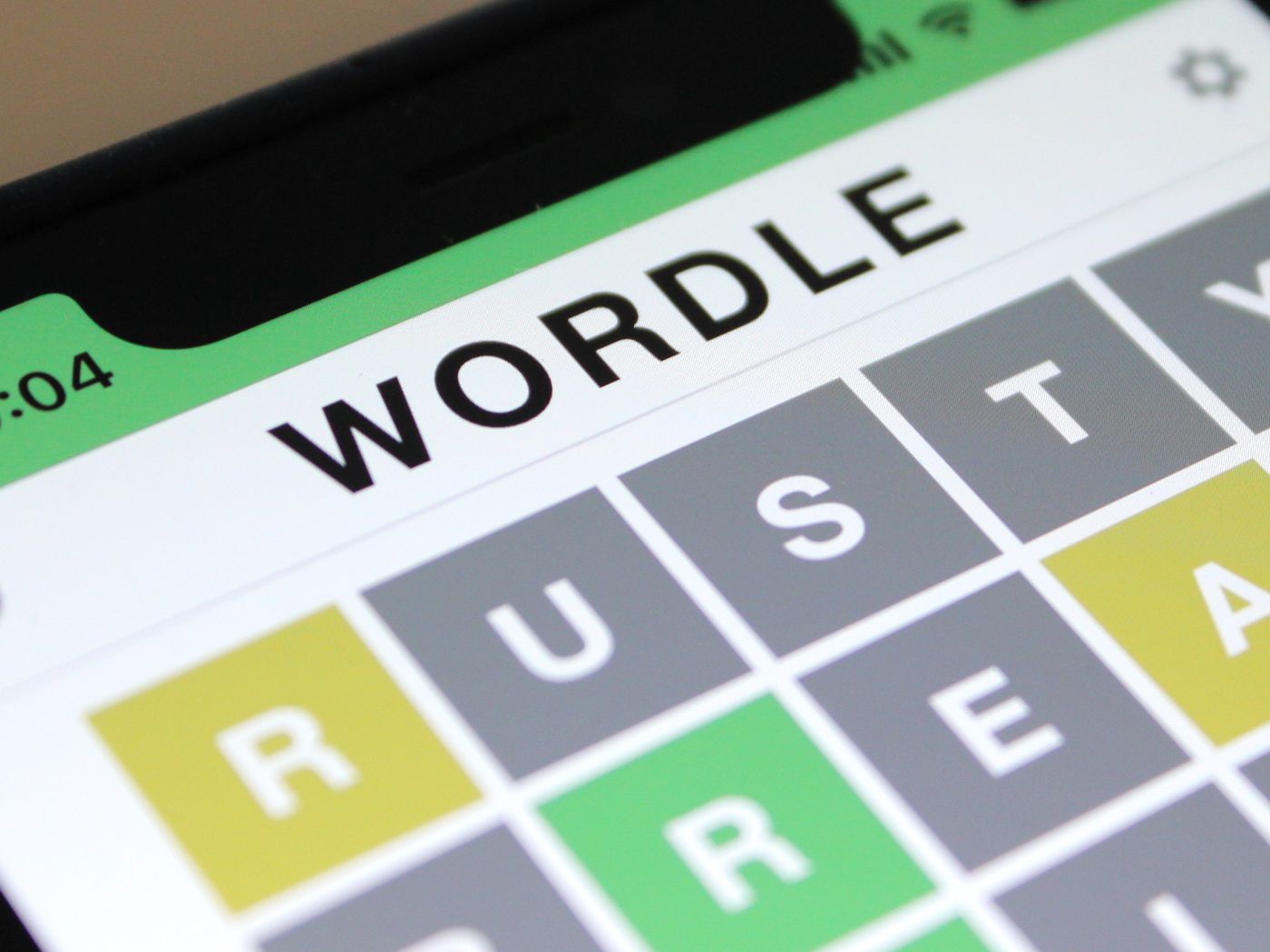 The game was created by Josh Wardle, a software engineer who sold the puzzle to the New York Times in January 2022.

To completely honest with you, the announcement of its sale on BBC Radio news was the first time I’d ever heard of Wordle myself, and being an avid user of ScrabbleGo – a scrabble app, I was naturally curious.

A word puzzle that I’d not heard of before – I needed to check it out.

I looked it up instantly and have been hooked ever since.  I had a fantastic run of 18 correct guesses and was averaging 4 guesses to work out the correct word (followed by 5 guesses, 3 guesses and even one success in 2 guesses). This includes words with American spellings, which caused a ruckus here in the UK! ‘Honor’ for one!  It’s spelt ‘honour’!  There have also been some obscure words that aren’t in general usage.

But back to the puzzle itself – I was on a run, and I’d become quite smug (in a nice unassuming way of course!) with my guesses, until boosh … a mighty failure!  On my 19th game, I didn’t manage to guess the word correctly.

Maybe it was because I was tired?

Maybe it was because I was playing it in the car (no, I wasn’t driving!) and not giving it the attention that I usually do?

But I broke my winning streak and didn’t find the word on day 19.

Reflecting upon my first word choice, rather than choosing a word with lots of vowels, as per normal, I decided, what with all the furore over American spellings etc, to try a word with a Z in it.  And with that I put down SEIZE as my first word, which gave me an E in the wrong place.

I then tried EARLY, which gave me an A and the E – both in the wrong places.

JOKER came next, confirming an E and R in the right place with an O incorrectly placed.

OWNER was next. Yay, the O was in the correct location along with the E and R.

Then OFFER and OTTER. That left me with OT and ER in the correct places and no more guesses.  I assume therefore that the word was OTHER.  And it was.

But I’ll be back, and will aim to rebuild my winning streak which, as mentioned, currently stands at 18 in a row.

So why has this online game become so popular?

Personally, I love words and working out the structure of words / the logic by which they are created. Maybe I ought to have learnt Latin. I know my mum did at school, and I remember years ago working with someone who had studied Latin to A-level, and she always told me how it enabled her to work out how words were spelt / constructed.

I also love that it is just one word per day and that you only have those 6 guesses.  It’s a game you can do over breakfast with a mug of coffee, tea or whatever your tipple is, or at any time of the day when you have a few minutes to spare.

The simplicity of the puzzle is genius and it’s free.

And, it’s doesn’t have adverts flashing up left, right and centre, attempting to drag you off into a virtual rabbit hole of no return.

Nor does it try to entice you to play another game.  You have to wait patiently, with the rest of the world, until the following day.  There is something peaceful about this format.  In fact, as I write this post, it reminds me of the days we would have to wait for the next episode of a drama series on the television rather than binge watch everything on Netflix or iPlayer.

Yes, it’s the simplicity.  Everyone has to wait in exactly the same way.  And people don’t want the answer, they want to work it out.  There is the challenge and then the satisfaction of guessing correctly.  And you don’t lose hours on end to it either.

The mental agility, puzzling it out, is good for the mind.  If there are people who say that they don’t want to get ‘sucked in’ to yet another ‘fad’, I would dispute this mindset as Wordle only lasts a short time.  Often less than 5 minutes.  Although I did have a day where I had to leave it and go back to it.

Taking the time to think about it logically is the best approach.

I like to reflect when writing blog posts, and this one is no exception.  So, what have I learned about myself, and my behaviour in relation to Wordle?

If you haven’t already had a go, try it today and see if you don’t suddenly get hooked.

Oh, and as a bonus, this simple challenge has kept me off the scrabble app, which I had to delete because for some reason it wouldn’t open on my phone.  A lot of time saved as I had become somewhat addicted.  Oops!