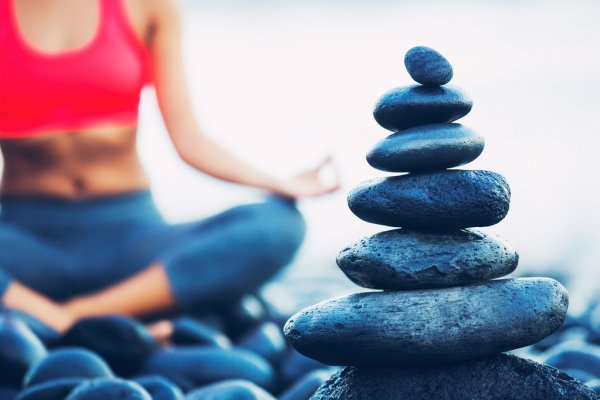 Firstly, I think, with a warning to the squeamish, as what I am about to discuss is a very candid account of what it’s REALLY like to have an IUD removed – something that is important to talk about as it isn’t always a simple procedure, and there can be after effects too.  For those of you brave enough to read on, I hope you find the information useful / helpful as to be forewarned is to be forearmed.

A few weeks ago I received a call from my GP surgery to arrange an appointment to have my Mirena coil removed.  For those of you who are unaware, this is a hormonal intrauterine device (IUD) that can provide long-term contraception.  I’d had mine with one replacement for over 10 years and, all told, it had been great. I also think that as a happy side effect, it helped me sail through my menopause with just a few flushes.  Since it was now surplus to requirements, I was being called in to have it removed.  Fine by me.  The appointment was duly made.

When the doctor tried to remove the coil, however, it was so painful that I recoiled (no pun intended!) in agony and nearly threw up.  As such, I was referred to City Hospital in Nottingham where they have more specialist equipment available to investigate further and remove it, in case it had become embedded.

I left the doctor’s feeling somewhat worse for wear.

My wonderful partner said that he would take the day off work and take me to the hospital when my appointment came through, which it duly did within a couple of weeks.

I was told to go to the Sexually Transmitted Diseases department for the procedure, which took me a little by surprise but it is all related to contraception, I guess, and so that’s where we headed!

We arrived on time and, due to Covid, the waiting room was empty.  I had to wait for 30 minutes beyond my appointment time though because the lady before me had to come out, sit with her head between her knees and then be taken back inside for a lie down.  Not the most reassuring sight, eh?!  I did feel for her though, remembering the pain of my previous appointment.

When I was called, I couldn’t see the nurse – I could hear my name being called, the room was open and empty, but I couldn’t see anyone.  Turns out she was behind a wall in a doorway, and I was led down a corridor to a consulting room and the doctor.

The doctor asked some questions about my medical history relating to pregnancies, births, allergies, menopause, etc. before asking me to strip off to the waist and hotch myself up onto the couch with my legs in a stirrup-like contraption.

Then, with plenty of lubrication, she used an ultrasound device to investigate what was going on internally.  (Think handheld food processor with a plastic bag over the top and a handful of clear jelly!)  She could tell, thankfully, that the coil wasn’t embedded and that she would be able to remove it; however, my cervix was small and would need opening up further. Additional pain!

With some local anaesthetic and only mild discomfort thanks to steadying my breathing, the doctor managed to extract the coil.  Hurrah!  Job done.  What I hadn’t considered, however, or been advised, was that I really could have done with a sanitary product to deal with the aftermath of gel and blood caused by the removal procedure.  I had nothing with me, and nothing was offered either.  Lovely!

TMI, you may think, but I think differently, as the real reason I am writing this post is to help those who read it be more aware than I was.  So, for anyone who may need to undergo this procedure, be prepared just in case!

It turned out that I (unintentionally) had another appointment to attend on the same day – a pre-booked follow-up at the physio for my groin strain, which had been brought on by slipping on wet mud whilst out walking.  So off I went again, for more treatment in the same area, only this time being manipulated externally.

By the time I returned home, I was starting to feel decidedly odd and not at all myself.  I figured that it was a result of the two appointments and toxins being released in my body.

I felt weepy, out of sorts, really down, and sleepy too.  As such, rather than carrying on with work, I shuffled off to bed at 4pm in the afternoon, something I never do, and slept for nearly 2 hours.  I still felt weird when I woke up, which prompted me to start doing some research on the side effects of coil removal, and this is why I wanted to write about my experience and share my findings as I was totally unaware of how you might feel after the procedure.

The Mirena coil releases progesterone, which stops you getting pregnant, however, when it is removed, the body is suddenly no longer receiving that hormone and throws it out of balance.

The side effects that have been reported after removal include:

In recent years, this has been referred to as the ‘Mirena crash’.

I discovered more information about it all via these links, which make for interesting reading:

As it turns out, I was experiencing a number of the listed symptoms, which according to reports could last anything from a few days up to several months.  All as a result of a hormone imbalance due the removal of the coil and instant lack of progesterone – and all unbeknown to me until it happened!

I felt like I had been hit by a sledgehammer, if I’m honest, and a day later, at the time of writing, I still feel odd so I am taking it easy.  Following the discovery and realisation that the way I was feeling was down to my hormones, I did some more research to see what I could do to rebalance them.

More information can be found via this link https://www.healthline.com/nutrition/balance-hormones#TOC_TITLE_HDR_14, however, in short, the following steps are recommended:

Thankfully, I do sleep well, I exercise regularly and I eat a balanced diet.  Maybe I could introduce green tea as an alternative to my ‘builders’ go-to tea choice though.

In conclusion, I know that I will be feeling fine and back to my normal self in no time at all, due to my healthy habits and also my mindset. However, it would have been helpful to know this beforehand, as well as advice about having a sanitary towel for after the procedure!

Apologies if there is too much personal information here; I hope it hasn’t left you feeling too queasy but I felt compelled to share as much as I could, as to be aware is far better than being in the dark.

So if you are about to have a similar procedure or know someone who is, please do share this post.

Procedure or no procedure, it’s always good to remind ourselves from time to time to look after yourself ­– give yourself permission to take your foot off the gas when you need a break, give your body what it needs to heal / rebalance itself, get plenty of rest, eat well and know that you will feel better.